Gail is also the award-winning children’s book author of  Mindful Bea and The Worry Tree (Magination Press, 2019) and the  Anh’s Anger Children’s book trilogy (Parallax Press, 2009, 2011, 2014). Lauded by Publisher’s Weekly as “A Winning Series,” the trilogy teaches children to navigate their stronger emotions through mindfulness and meditation and is enjoyed therapeutically and in classrooms across the country. Learn more about Gail and her mindfulness books for children at gailsilver.com.

A contributing writer to Lions Roar, and screenwriter of the animated family film, Planting Seeds of Mindfulness, Gail has traveled nationally and internationally to facilitate yoga and mindfulness based education and trainings. Prior to becoming a yoga and mindfulness educator in 1999, Gail was a child advocate attorney for the Defender Association of Philadelphia.

Gail is humbled to have had her work earn a steady stream of accolades and recognition, including Best of Philadelphia awards, a Parents Choice Award, and a Skipping Stones award for Multicultural Awareness. Mostly, she is excited to bring her experience sharing mind body programming with youth, to The SMP. 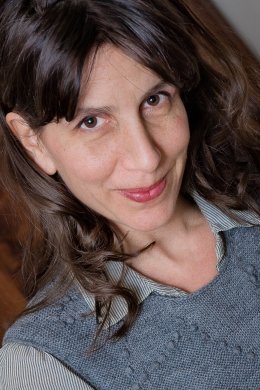